Malware on Mac double that of Windows 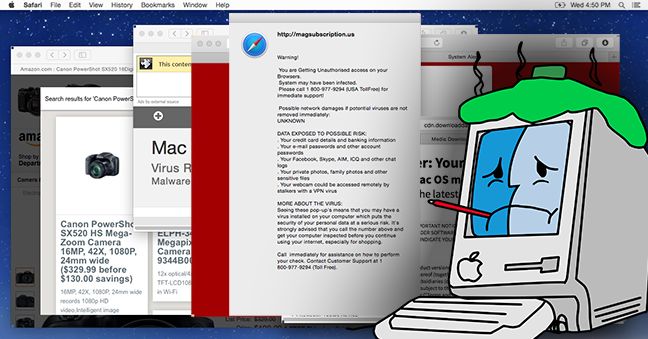 Malwarebytes Labs has released its State of Malware Report for 2020, revealing that it saw a “significant rise in the overall prevalence of Mac threats in 2019.” – Malware on Mac double that of Windows!

The State of Malware report features data sets collected from product telemetry, honey pots, intelligence, and other research conducted by Malwarebytes threat analysts and reporters from January 1 through December 31, 2019. Data from the previous year is used to demonstrate year-over-year change.

The data is collected only from customers of Malwarebytes but is still useful when it comes to malware to investigate the patterns of threats to users. The patterns can be distorted by users who first install malwarebytes, who could have “hundreds or thousands” of detections of known infections from years before. The findings are, nevertheless, extremely interesting.

In its key takeaways, the report states:

We saw a significant rise in the overall prevalence of Mac threats in 2019, with an increase of over 400 percent from 2018. However, part of that increase can be attributed to an increase in our Malwarebytes for Mac userbase. To see if that increase reflects the reality of the Mac threat landscape, we examined threats per endpoint on both Macs and Windows PCs. In 2019, we detected an average of 11 threats per Mac endpoint—nearly double the average of 5.8 threats per endpoint on Windows.

As stated, the increase of 400 percent could include users who first install malwarebytes, and the identification of existing infections. It certainly won’t account for all the rise, however, and as noted, the threats per Mac endpoint almost doubled Windows’. 11 threats per endpoint is a massive jump from 4.8 in 2018, showing an incrementally high. As the report states:

This means that the average number of threats detected on a Mac is not only on the rise but has surpassed Windows—by a great deal.

The increase can be due to an increasing market share and, evidently, the inability of macOS ‘ built-in security system to crack down on adware and PUPS. Mac threats appeared for the first time ever at the top of overall threat detections by Malwarebytes.

To end with Mac vulnerabilities, the report states that there was only one incident involving “anything other than tricking the user into installing and opening anything that they shouldn’t.” Malware on Mac double that of Windows!

You can read the full report, including in-depth study into iOS, Android, Mac and Windows here.

Check out our Ransomware Protection page to see how we can help you stay protected!