WhatsApp Phishing URLs Has Increased With Over 13,000% Surge

The amount of WhatsApp phishing URLs has increased significantly in Q4 2019 after a massive QoQ 13,467.6 percent increase in the number of unique phishing URLs targeting its users after Q3 2019 being discovered by Vade Secure, an email security business.

The Phishers ‘ Favorites Report for Q4 2019 by Vade Secure highlights the 25 most impersonated brands in phishing attacks with the list being compiled after analyzing Vade Secure’s technology identified phishing URLs.

“Leveraging data from more than 600 million protected mailboxes worldwide, Vade’s machine learning algorithms identify the brands being impersonated as part of its real-time analysis of the URL and page content,” Vade Secure says.

WhatsApp’s 5,020 unique phishing URLs found by Vade Secure and its rise as the fifth most impersonated company in phishing attacks (up 63 spots) were the driving force behind the increase in the share of URLs used in phishing attacks from 13.1% in Q3 to 24.1% in Q4 2019 by social media companies.

Vade Secure explains that “the staggering growth in phishing URLs stems primarily from a campaign inviting recipients to the so-called Berbagi WhatsApp group, which advertises pornographic content. Moreover, it appears web hosting provider 000webhost was hacked and used to host the phishing pages.” 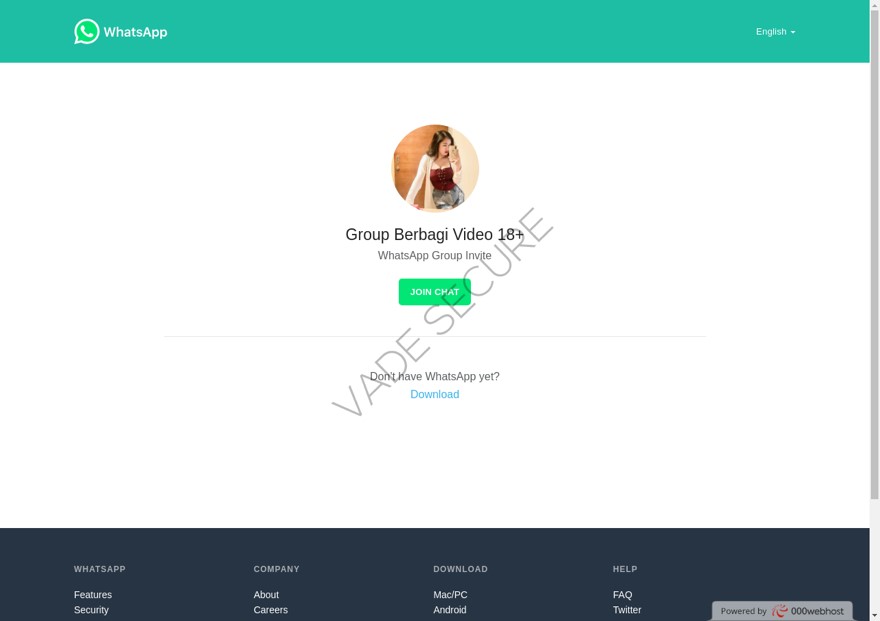 The other two social media companies used as bait in phishing attacks in the top 25 brands are Twitter, which took the top second spot and Instagram, which climbed 16 spots in the list, up to # 13. Still WhatsApp phishing URLs has increased more than these.

The former was in 9,795 phishing URLs by phishers as a bait, while the latter appeared in 1,401, almost doubling the number of its previous quarter with a QoQ rise of 187.1 per cent.

While Facebook saw a decline of 18.7 per cent in the amount of URLs found in phishing attacks, it was actually up 358.8 per cent year-over-year.

“Regarding Facebook, one plausible explanation for its consistent popularity could be the rise of social sign-on using Facebook Login,” Vade Secure senior director Ed Hadley explains.

“With a set of Facebook credentials, phishers can see what other apps the user has authorized via social sign-on—and then compromise those accounts.” 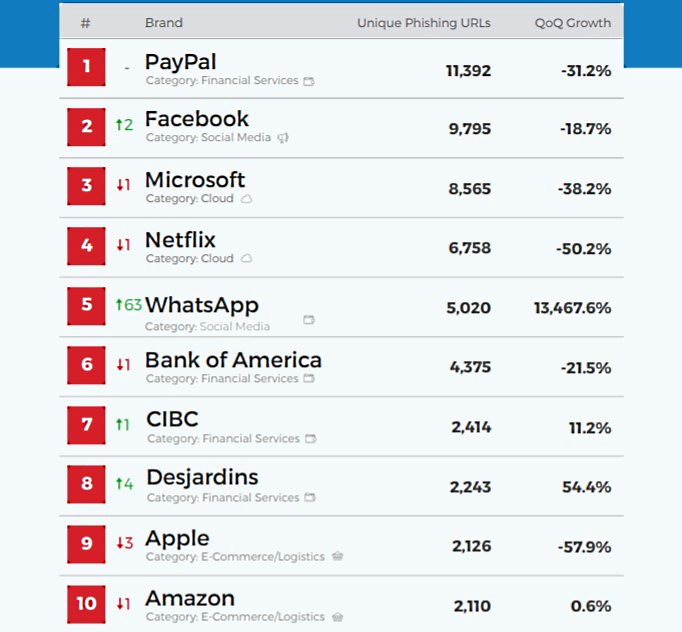 In related news, Facebook-owned WhatsApp announced a week ago that it now has over two billion users around the world.

“Today we remain as committed as when we started, to help connect the world privately and to protect the personal communication of two billion users all over the world,” the company said.

On the macOS and Windows platforms, Facebook fixed a critical WhatsApp vulnerability earlier this month that could have allowed attackers to read files from local file systems of users.

Check out our Security Awareness Training Service to see how we can help your business defend against these attacks!